What does into planning upgrades to an electrical system? For York Electric Cooperative, the main answer is growth. Over the last decade, communities served by York Electric have been some of the fastest-growing in the nation, according to the U.S. Census Bureau.

Craig Spencer, the cooperative’s vice president of engineering, says he has seen YEC’s membership — now more than 60,000 and counting — triple during his 28-year tenure. Spencer and the engineering and operations teams at York Electric have taken on numerous new projects over the last few years.

“If we didn’t have the growth, a lot of the projects wouldn’t be necessary,” Spencer says. “You’ve got to upgrade your lines and your system to meet the growth.”

Determining where those upgrades are needed is a sophisticated formula that factors not only population projections but also energy load data. Engineers and advisors create a three- to four-year work plan based on increasing — and decreasing — usage across York Electric’s system.

“By looking at how past loads have grown over time with new members, new subdivisions and new commercial projects, we kind of know what’s coming,” Spencer explains. “We know that areas like Lake Wylie, Fort Mill and Lancaster County are growing at a faster rate than the western part of our service territory.”

As loads increase and change, so must the delivery system. The substations and circuits that reliably provided electricity 20 years ago might now be overburdened, compromising reliability for members on those lines.

“We try to see what areas are stressed or are going to be stressed,” says Spencer. “You want to have a conductor there that will carry more than what is needed, even during extreme temperatures.”

Plans also must factor where the load centers are located. York Electric wants its substations, the facilities that connect distribution lines to transmission sources, to be near where power is being used. As areas grow and the existing substations serving those areas become loaded, new substations are built to serve the increased loads and provide capacity for new growth, resulting in better reliability for everyone.

“You are shortening the amount of line between the member and the source, which reduces the likelihood of having power interruptions because of trees falling or a car hitting a pole,” Spencer says. “If there is an outage, it still may take the same amount of time to fix the problem, but you can find it faster and you don’t have as many members affected.”

Spencer says that improving circuits — the network of lines through which electricity flows — has a similar effect. Adding circuits to existing substations splits the load so that not as many people lose service in an outage. Technological advances also make the system more reliable. In many cases, the cooperative can communicate with its equipment. Trouble areas are located quicker, sometimes before an outage occurs.

Fortunately, York Electric has been able to make these investments without raising rates.

“The growth helps spread the costs among more members and more energy sales,” Spencer says. “Under the leadership of our board of directors and management team, we try to make wise decisions to maintain and modify the electrical system to handle the growth and provide reliable service to our members. That helps minimize what has to be recovered from the membership.”

And helps the cooperative get ready for more members to come online.

York Electric has made major upgrades to our system in the last few years, keeping pace with growth occurring in our communities and assuring reliability for all our membership. The following is a breakdown of those upgrades and the areas that benefit.

Serves: Fort Mill area between I-77 and Lancaster Co. line.

Serves: Southern side of Lake Wylie between Highway 274 and India Hook Rd.

Serves: Catawba Reservation area and portions of Lancaster Co. to the state line.

Upgrade: Another original substation rebuilt, increasing station capacity and the physical size of the station to allow for future additional circuits. Expanded and upgraded circuits from Indian Land High School, across Highway 521 along Collins Rd.

Upgrade: Increased capacity in this area by taking a delivery from an existing Duke station. This arrangement was more cost effective than building our own substation in this area. Constructed a double circuit to serve the growing membership and increase reliability to one of our large industrial members— Nation Ford Chemical.

Serves: North of the Five Points area around the Lake Wylie community.

Upgrade: Addition of circuit 5 allows the co-op to accommodate for high growth in the area around Crowders Creek Elementary School and reduce load on its Catawba substation. The addition of circuit 1 will split the load along Highway 274 northwest of Pole Branch Rd. to increase capacity and increase reliability.

Serves: Haney Rd. and portions of the Hands Mill subdivision.

Upgrade: Converted a single-phase line to a three-phase line, increasing the conductor size to increase capacity, split the load and increase reliability.

Serves: Between Clover and York along Jim McCarter, Tom Joye and Burrell Roads.

Upgrade: Installed an electronic recloser which requires less maintenance and incorporates smart controls that can identify and isolate outages downline.

Upgrade: A new substation is underway along with a new transmission line. The addition of this substation will greatly increase reliability to members in this area. Construction should be complete by summer 2021. 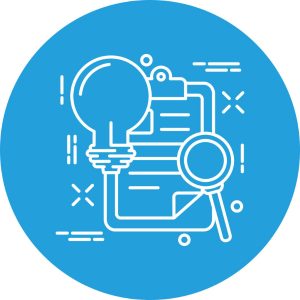 Routine inspections will occur for all members in Hickory Grove and other surrounding Western York County areas sometime between this month and the end of the year. Please expect the inspector to come onto your property to check your metering equipment, transformers, security lights, and all other cooperative-owned materials and to make sure they are all in good working order. Your power should not be interrupted, and the contractors will do their best not to disturb you. The contractors will also have proper identification showing that they are there on behalf of your co-op.

Thank you for your cooperation with this important process as we do our best to keep your service up-to-date. If you have any questions or concerns, please contact our member services team at 803-684-4248.

Learn more about how we provide reliable service