You are here: Home / News & Announcements / A Heap of Heartfelt Gratitude

As a member of York Electric Cooperative, you are a part of a community service program that helps raise thousands of dollars each year for worthy community projects right here at home.

That’s right. By rounding up electric bills to the next highest dollar, York Electric contributes money to local charities, and the charities, in turn, provide assistance to individuals who are in need. The average member participating in Operation Round Up® contributes about 50 cents a month. Since the program began in 2000, more than $2.5 million has been donated.

Who distributes the funds? 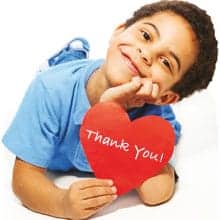 The program is administered by the Operation Round Up Trust Board, an independent board of community leaders that assesses the needs for granting Operation Round Up funds. Local non-profit organizations are assisted so they are able to provide food, shelter, clothing, health care, etc. to individuals who are in need.