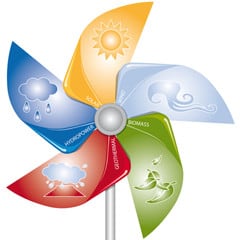 What is Renewable Energy?

Mutual benefits are what co-ops are all about. That’s why you’ll find this whole section on YEC’s website focusing on alternative forms of energy and renewables.

Electric co-ops support the use of a wide range of fuels for our electric power, reducing costs and keeping rates low. Today, a “fifth fuel” joins coal, natural gas, nuclear and renewables—energy efficiency. That is, when we all conserve energy, we won’t need to produce as much.

Electric cooperatives across the country are actively expanding their fuel portfolios to include an array of renewable sources, including wind, solar, geothermal, biomass, manure and hydro.